The best way to gain knowledge about software development is by practicing coding. Advanced computer science concepts can appear perplexingly abstract until they are experienced tangibly, so developing code is vital during the learning process. In addition, running into code obstacles, working through challenges, and figuring out how to fix programming bugs provide a lot of value to students. This can be made easy by opting for programming help.

However, well-organized explanations are vital because they provide order and meaning to students' voluminous details while working on code. That's why tutorials are handy for developers learning programming languages and frameworks. Faster learning and comprehension can be aided by extensive explanations of programming principles and theories followed by hands-on experience.

Here are some resources where the developers find learning tutorials needed for some programming languages. In addition, it includes tutorials for frameworks and languages specifically designed for a game or mobile app.

This website has a well-organized selection of JavaScript resources and is an excellent place to start for newcomers to the language. The website's main content is in-depth information on JavaScript, with excellent explanations of the language's mechanics and the way it fits into wider context of web development.

The tutorials are also searchable, allowing developers to seek up unfamiliar terms throughout the site and find the lessons that explain those concepts. As developers begin to create their JavaScript projects, this is a useful resource to have on hand.

This website can be an excellent tutorial if you already know the basic syntax of JavaScript and seek ways to gain some coding expertise. Its self-paced JavaScript course begins with an overview of how the language's classes and objects function before moving on to subjects like asynchronous code and JavaScript frameworks. Students will be given prompts for various code projects throughout the course, allowing them to work on their programs while adhering to the parameters set in the coding assignments.

Khan Academy has a wealth of free learning tools, including an introductory course on sketching and animation with JavaScript that demonstrates the benefits of learning by practicing hands-on coding. However, because the course is designed for complete novices, students with no prior programming expertise are welcome to enroll.

Corey Schafer, a software developer, has designed a YouTube series on Python that walks you through the language base in a way that's easy to understand, even if you're new to programming. It even teaches how to install Python and set up a development environment, which is commonly left out of new programmers' lessons.

100 Days of Code on Udemy Through video lectures and tasks, the Python course immerses students in their chosen programming language. It is suitable for beginners, but students who complete the course will be able to write advanced Python code and will have several professional portfolio projects to demonstrate their Python skills.

However, unlike most other tutorials on this list, this one costs $85 for the complete course. Students have access to many lectures and 100 distinct code assignments that get more demanding as the program progresses.

Although Mozilla's reference to Node is brief, it provides a solid foundation for developers. The lesson takes a hands-on approach, encouraging developers to run their code snippets right away to learn how Node applications work together.

This video takes developers building out applications utilizing Node, React, and MongoDB for those who are not afraid to practice with a few more technologies beyond Node.

The lesson is chock-full of pictures and code snippets, ensuring that developers don't get confused and easily know where they are in the software development process.

For Node developers, this website contains a collection of Node code challenges and projects. Lessons are divided into core classes covering Node foundations and electives covering Node libraries in greater depth. Many core classes are interactive, with students solving programming challenges by writing code that meets the problem's requirements.

This website contains lessons and classes on the Java programming language. It's a great resource for Java developers of all levels, from beginners to seasoned programmers, who want to increase their skills in specific areas. The Java Language Basics lesson, for example, is intended for novices and explanations of how to do object-oriented programming properly. The instruction is available for free, and the code is available on GitHub so that students can follow along.

Stanford University offers this course, which is available for free online. It consists of 28 video lectures, each lasting 50 minutes, and nine programming projects to go along with them.

The workshop uses Java as a springboard to teach other computers science concepts such as encryption and computer memory. Therefore it isn't intended for developers who merely want to learn Java. The course was designed with novices in mind, so the lectures move slowly at first, but they finally cover much ground.

This programming tutorial for making a roguelike game in Java can be found on Trystan's blog. While the tutorial focuses on learning the Java programming language, developers will have a working game at the end of the 20 courses.

The Unity Learn website has several tutorials for all levels of developers, starting with the Unity Essentials track, which introduces developers to the Unity code editor and shows them how to start developing 2D and 3D scenarios. Next, the Creative Core curriculum teaches creators how to create immersive and configurable game settings, such as altering lighting and creating visual effects to replicate various materials in the game.

One of our website's many programming language tutorials is for ios with Swift. It teaches beginners how to program in Swift and guides them through creating two mobile apps. The first software is a simple mobile game, while the second app is a library application that keeps track of the user's book collection.

This course is designed for intermediate developers who are already familiar with the Java programming language and want to learn how to create Android apps. It has several project lessons, each with thorough explanations, code snippets, and pictures to assist developers in learning the Android platform.

On a concluding note,

The tutorial format makes it simple for developers to keep track of their progress. Each lesson begins with an overview section that introduces the fundamental topics to be covered, followed by a summary section highlighting the new ideas learned while working on the coding assignment. 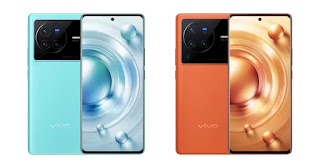