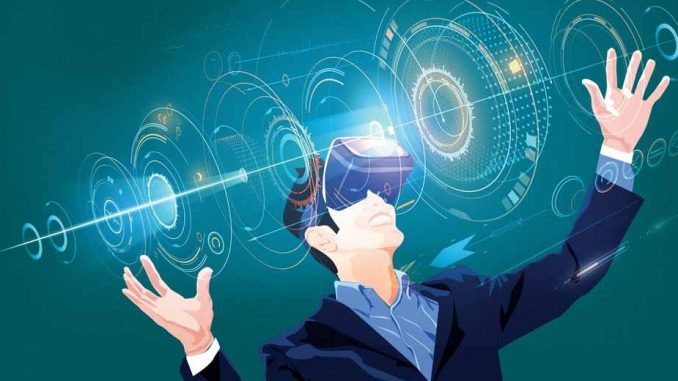 What is virtual reality and how it works

VR - Virtual reality is a world created by computers, which seems like reality. Wearing a VR headset takes us into a kind of simulation or artificial world, which is very different from the environment around us.

Through VR, users often get the feeling of tasting, starting from seeing, hearing and touching something artificially.

Although they have experience using VR, many do not know how this technology works. In this article we will try to know some basic things about VR technology. At the same time, I will try to understand how to get real world experience through VR headset.

There are some basic things to know about VR

The primary function of virtual reality is to create scenes. The purpose of making every VR headset is to make the scene as realistic as possible. This is why headsets have one or sometimes two separate screens for two eyes.

If you are wearing a VR headset, you can't see anything outside. There are two autofocus lenses between the screen and the eyes. The function of this lens is to focus the eye according to the movement and position of the screen. VR headsets can usually be connected to a mobile phone. You can also connect to a PC with an HDMI cable.

Whether or not the image will look realistic with a VR headset depends on a number of factors. Framerate, refresh rate and field of view are some of them. The framerate is a measure of how many images a GPU (Graphical Processing Unit) can process per second. Again, how bright the picture will look in VR depends on the refresh rate. And with the movement of the viewer's eyes and head, the measurement of how much the display can experience the view across the space is called the field of view or FOV.

Companies that make VR devices take the matching between the framerate and the refresh rate seriously. Because, if there is no similarity between these two subjects, the desired scene cannot be seen with ease. This type of incoherence is also called cyber sickness.

Again, when a task or action occurs and when it is seen on the screen, the time between the two is called latency. The human eye cannot perceive gaps or inconsistencies in the brain if it sees two frames in at least 20 milliseconds. In other words, if one of the framerate, refresh rate and field of view does not work properly, then latency is created while viewing.

Something more important in VR technology

In addition to imaging, VR systems focus on a number of other things to give users a real and lively experience. Such as:

Users can have a more realistic experience if words are added to the scene. So VR technology uses 3D sound effects through headphones. However, it is important that the sound is compatible with what the user wants to see through VR. For example, if horror music is used in a video made with a fairy tale, the viewer should not like it.

Laser pointers, LED lights or mobile sensors are used to track eye and head movements. An accelerometer is used to detect three-dimensional movement when using VR via mobile. Again a gyroscope is used to diagnose angular movement. Magnetometers are also used to understand positioning with the ground.

The camera and sensors need to be permanently installed in the room where the VR headset will be used to get a more perfect experience through VR. However, the cost of creating such a setup is much higher.

Overall, the VR industry market is growing very fast. The total market value of VR devices worldwide this year is close to 5 billion. However, according to experts, by 2024, its market value will increase to 12 billion dollars. Virtual reality-based gaming industries ranging from customers and manufacturers will also benefit from this improvement in the VR industry.

You are indeed a valuable reader of mrlaboratory. Thank you very much for reading the article about virtual reality technology in future. Please let us know how you feel after reading this article. Read more:-