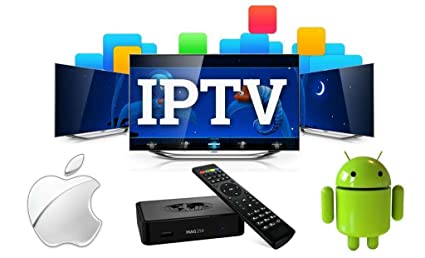 First of all, it can be said very simply that the TV that can be watched through the internet is 'IP TV'. It is also called 'Web TD'. In the case of terrestrial and satellite TV stations, video transmitters or satellites are used to broadcast programs. But in the case of IP TV, internet connection is used for broadcasting. This type of TV station is operated with internet connection from ISP in Kona without installing any kind of video transmitter or own satellite system. And for watching such TV, the TV authorities give the viewers a specific internet address. Through the website or wherever there is internet, the TV can be watched directly from the computer through Windows Media Player, Video Player according to the real player. Naturally the question arises, is the name of the purchase IP TV? First of all, it would be wrong to call it just IP TD. This is called IP-based audio-video broadcasting technology. This means that in addition to TD, IP radio or any other audio-video can be broadcast on the Internet. We are all familiar with the term ‘Internet Protocol’ or ‘IP’. IP is a special protocol used on a network, which determines how one device interacts with another. A unique IP address is used for each device on the same network to exchange different data. Data is usually sent from one device to a specific device through an IP network to send data to the corner. But in the case of video broadcasting, videos are sent simultaneously from one video medium to multiple media. So in this case, there is a significant difference between the general information and direct video exchange in the IP network. Moreover, data is exchanged in IP network in the form of packets. But in case of live video broadcasting through IP network, the video has to be sent in the form of a frame, not in the form of a packet. One video per second is divided into 25 or 30 frames, then rendered over a network. And its bit rate depends on how much bandwidth it occupies per second. This is called IP video broadcasting technology because the video is broadcast using the IP network. And the TVs that are broadcasting on the Internet using this technology are called IP TVs.

Many people can easily take IP TV or IP video broadcasting technology from the experience of watching videos on the website. In fact, it is not. Because the matter of placing videos on different websites is according to copy-paste. In order to keep a video on a website, it is first converted to a special format and placed in a folder, and in order to play it, it is linked to the folder through the media player, coded by the player according to the real player. That is, in this case a created thing is left in the folder. Web videos or similar offline videos have two more features - arbitrary play and buffering facility. Once this video is played, it can be played or stopped at random, by dragging certain parts over and over again. And because of its buffering feature, when it is played, it is stored in the computer's temporary folder, so when it is played a second time, it does not affect the bandwidth of the Internet.

On the other hand, everything that happens with IP TV or IP-based video broadcasting is instantaneous. Entering the audio-video encoder from Video SERS, i.e. camera, DVB receiver, VTR, etc., it is immediately converted to a specific video format, compressed according to the prescribed Internet bandwidth, and divided into frames / s and sent to the video server. Since IP TV broadcasts audio-video live, there is no opportunity to drag the scene arbitrarily according to the web video.

There are also some differences between satellite TV and IP TV. Satellite TV basically converts an audio and video signal into radio frequency first and transmits that signal directly to a specific satellite. Later the frequency of the satellite is downloaded through the dish antenna and it is used. In the case of IP TV, on the other hand, it is done through a few steps. As mentioned earlier, Kona data is exchanged in the form of a special packet through the Internet Protocol. But if the video signal goes in the form of a pocket, it is not possible to absorb it directly. That is, if it is sent in packet form, it has to be downloaded first, then it can be seen. Therefore, according to satellite TV, some special methods have to be adopted to watch IP TV live, which is why it reaches the viewers. This process takes several seconds to complete. So the difference between displaying video scenes on Dish and IP TV is about 15 to 20 seconds. This time can be more or less according to the power of the encoder. This means that the scene that will be broadcast via satellite, as well as the same scene that will be broadcast through the Internet will be seen on IP TV for 15-20 seconds. After.

Acts as a means of communication. In this case, communication system is developed through IP or internet protocol. That is, the satellite establishes the wireless connection of one router to another.

On the other hand, the case of TV satellite happens a little differently. The video signal from the video source first reaches the designated satellite via the earth station. Then it spreads in the form of waves from the satellite into the air. This frequency is usually very weak, so dish antennas, receivers and modulators are used to receive it. There are considerable similarities between satellite TV and terrestrial TV stations. The scope of satellite TV is wide. On the other hand the circumference of the terrestrial is less and in the case of the terrestrial very high waves are used.