Radio is a comprehensive and important means of entertainment and communication. On the radio we can listen to news as well as music for advertisements and even product advertisements. Radio is used to exchange information between the army and the police. Radio technology is also used in mobile or cellular telephones. The scientists who contributed to the discovery of radio were Guglielmo Marconi of Italy and Sir Jagadish Chandra Bose of Bikrampur, Bangladesh. 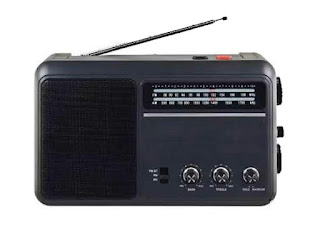 When someone speaks into a microphone in the studio of a radio broadcasting station in Kona, that sound is converted into an electric wave. We can hear frequencies ranging from 20 Hz to 20,000 Hz. So the signal converted from sound to electric wave is also of this frequency. It is associated with high frequency waves for transmission. These high frequency waves are called carrier waves.
This process of attaching a signal to a carrier wave is called modulation. These modulated waves are amplified with amplifiers and propagated around with the help of antennas. These electric magnetic waves or radio waves can be spread far and wide as ground waves or reflected in the atmospheric ionosphere. The antenna inside the radio or consumer device converts these radio waves into electrical waves. It is then separated from the carrier wave using the necessary electronics. This process is called demodulation. The demodulated electrical signal is amplified with an amplifier and sent to the speaker for shining. 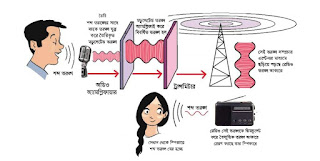 Radio broadcasting stations use different frequencies to transmit radio waves. The subscriber device also tunes to the frequency signal when listening to the station at a certain angle so that different radio stations can broadcast their own programs and listeners can listen to the programs of their favorite radio station. It may be mentioned here that the signal is connected by increasing or decreasing the amplitude of the consumer wave, hence the name AM (Amplitude Modulation) radio. If the amplitude is kept equal and the frequency is modulated, then this method is called FM (Frequency Modulation) radio.
radio,team radio,what is radio,radio waves,what is a radio wave,what is radio frequency,radio ga ga,radio transmitter,f1 radio,what is the meaning of radio frequency,radio erena,how does radio work,what is the definition of radio frequency,radio wave uses,radio erirtrea,radio frequency,queen radio ga ga,radio ga ga queen,ham radio,radio tips,radio waves explained,radio disney,am radio,fm radio,lando norris radio,what is 4g?,amateur radio,drivers radio,what are radio waves,talk radio,live radio .. Spotify Premium Mod Apk
Next Post Previous Post
1 Comments