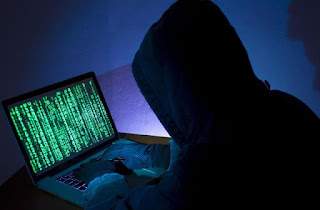 Many people use reporting as a tool as a last resort as they cannot hack Facebook ID. There are many people who are proud to think that they can delete their ID by reporting this little report and even claim to be spammers (!)! I have left out some people! They even claim to be "hackers" !!! Not to rot someone, but to gain some knowledge :) So, I apologize to those who think of themselves and coincidentally are on my friend list. Some more reason to write the note is, "Brother, teach me to report Facebook ID?" I will be happy to give some benefit to the national people and let them know, if I don't want to know all this in my inbox. The one who spam is simply called a spammer. Understand that "spamming has nothing to do with reporting and is being misused!" That's why "such and such a spamming squad" is not a place for spammers! (But I'm talking about those fakkini puppets in Bangladesh who open spamming squads and report their Facebook IDs (!). So, anyway, we were talking about reporting a Facebook ID. When will an ID be deleted? Then when something is shared from an ID outside of the Facebook community standards. There are some things that are forbidden to share on Facebook. For example, opening a fake ID on Facebook (with or without someone's picture). Another interesting thing is that you can remove something from Facebook in a single report, but only when the post violates the rules of Facebook. If there are too many reports on Facebook ID, but Facebook deletes that ID without any reason. However, in the case of pages, the matter is considered very strictly, meaning that the page cannot be deleted so easily if it is like deleting. Just an ID / page for an offensive post. Never delete. 1. Even if you share additional links on Facebook, you may be in danger many times. 2. A feature cannot be used for more than a certain period of time. 3. There is no point in using fake IDs because "there is no hope for a moment!" 4. Be careful before posting any kind of harassment! 5. Using slang words can put you in danger. . Don't send more friend requests! You will have to understand this later. It is better to use less apps because some apps are spamming without your knowledge and you will get in trouble. . If there is something indecent in the picture, if you cross a limit, your ID will be deleted. . Anti-religious writings can often be reported and removed. 9. If the name of the ID is not a human name, it can range from "name verification" to "identity verification". There are many more. Read the rest of the Community Standards. So, this was the main secret behind reporting Facebook ID / Page / Post. And yes, "What to do to avoid it?" The answer is, do not break the rules of Facebook run Facebook. Nothing will happen. :) How to report an ID, it is not said! You first need to know what is the correct problem in the ID. Then go to the report option and find out the Bengali of each. It will be done only if you submit it on Facebook. Not straight? Stay well and try to keep the Facebook environment good:)